As the Queenstown Rafting shuttle bus filled with eager runners wound its way down the twists and turns of Skippers Road, my excitement for what the next few hours held for me grew. Animal shaped silhouettes cast by the rock formations that littered the canyon were the only thing that turned my gaze from the vast mountain range that loomed before us. My year so far had been rather subdued running wise due to an Achilles problem that developed at the end of 2013. Fortunately through the fantastic work of my coach Andy DuBois and the physiotherapist at Allsports Indooroopilly, I was feeling that it should be able to handle the 42km and 2400m of vertical gain/descent of the Shotover Moonlight Mountain Marathon. I could tell that my father sitting next to me was also being thrilled by the beauty of the landscape and I fed off his positive energy to keep any doubts at bay. 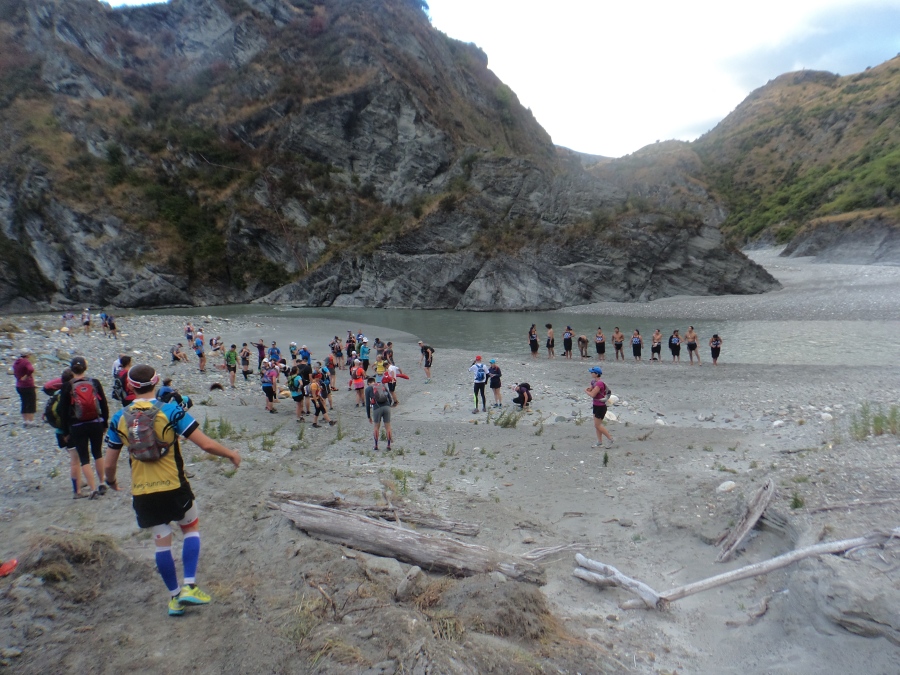 The race commenced with competitors in high spirits after a rousing Haka saw us off. I tucked in behind fellow Aussie Blake Hose as another Aussie, Matty Abel lead the charge from the start line. Within a couple of minutes I had taken my first fall of the day but luckily nothing but my pride was hurt. It was a stark reminder that I would have to sacrifice some of the time I would like to spend admiring the scenery watching my footing instead.

It wasn’t long before Blake, Grant and I were running single file along a narrow track with steep rock walls on one side and a drop off on the other. Having run the event before, Grant knew what to expect but Blake and I had no idea what we were in for along this stretch of trails that would be inaccessible any other day of the year. Around every corner lay some new spectacular sight and we were both too busy chatting about how awesome the course was to really think about “racing” each other! Given that I had done more hiking than running in the lead up to the event, I wasn’t too surprised to find that I felt most comfortable on the uphills, especially the really steep ones, but was struggling a little bit to keep up with Blake and Grant on the descents and flats.

Despite regularly spaced pink tape marking the course, whenever I was out in front I seemed to always head off in the wrong direction, leading Blake and Grant astray. Inevitably one of them would spot the pink tape, realising we were 20-50m off course and we would then have to scramble up the side of a hill to rejoin the correct route. After enough of these instances we agreed that unless I could see the next bit of tape then I should let one of them lead the way! We seemed to be on a fair rotation of the lead where I would lead on the ascents, Blake would lead the flats and Grant would be the first bombing down the descents.

Eventually the trail ran out and we were faced with a near vertical wall of tussocks lined with course markings leading upwards. The grass made for good handholds as we scaled the steep ridge, making our way towards the water drop at the summit.

The three of us stuck together until the following water stop a few kilometres later, at which point Blake and Grant ran straight through and hurtled down the hill other the side while I quickly grabbed a drink. They already had a 50m gap on me and despite my best efforts I quickly realised they were pulling away from me. The lack of recent running meant I simply didn’t have the speed to match them, so I put any notion of catching them out of my mind and instead focused on simply running comfortably and enjoying this amazing place. My legs just couldn’t push very hard so I told myself, “you don’t need legs; running ultras is all in head!” On went the internal iPod with the theme song to the Lord of the Rings on repeat as I entered the first of many forest sections that appeared so mystical, I half expected an elf to pop out from behind one of the trees.

It no longer mattered I couldn’t see Blake or Grant; I was having a ball. A short section of loose scree and dirt was reminiscent of the fun I had the Kawerau King of the Mountain practically skiing down the dirt. At the bottom of this descent I was somewhat surprised when the course then appeared to go around a corner, involving wading through the river for 100m or so. Fortunately this was not another instance of me missing a bit of tape and on the other side there was a ladder up a small cliff which lead to more beautiful forest trails.

After the forest the course turned into dirt roads and I was greatly surprised when several kilometres later, as I commenced the biggest climb of the day that I could actually see Grant only a few minutes up ahead. I kept chugging along at the same intensity as I had been and eventually caught up with him near the top. Further along the undulating ridgeline I could see Blake hoping along the rocks, almost at the summit. Despite still feeling quite comfortable at this stage, I simply lacked the ability run much faster and really had no clue whether I was gaining or losing ground on Blake. 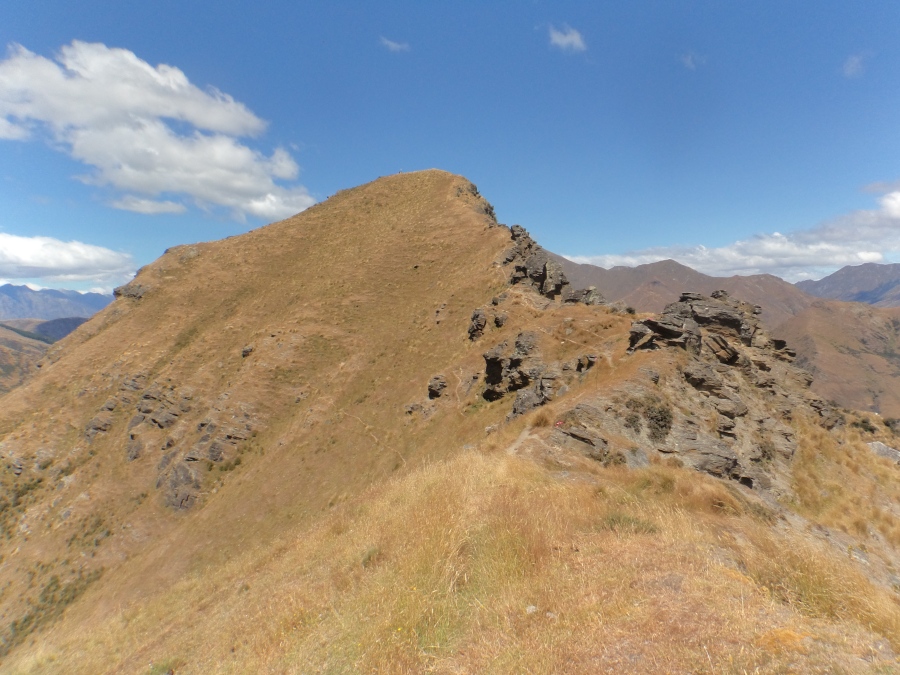 From the summit, the course followed a fence line down to a bridge crossing the creek below.  It was just before reaching this bridge that I suddenly saw Blake only a hundred meters ahead. Climbing up from the creek on the other side of the bridge I finally caught up with him and offered some words of encouragement trying to rally him to run along with me for the final 8km stretch. However, that wasn’t to be.

The course finished with 5km of flat running beside and through Moonlight creek. The first creek crossing was refreshing, though I must admit; as the number of crossing reached double digits I was starting to stiffen up a little from the cool water! But nothing was going to dampen my spirits and as the finish line came into sight only a kilometre up ahead I was feeling the best I had all day.

Finishing in 4hr 42min, I felt elated to not only have been able to experience this fantastic piece of New Zealand without my Achilles playing up, but to do so in first place. Several minutes later Blake Hose crossed the line to secure an Aussie 1-2, with Grant Guise securing a spot for the Kiwis on the male podium.

Looking back on the fun filled trip that was the Shotover Moonlight Mountain Marathon 2014, I can safely label the race as the most scenic I have ever done. Furthermore, it felt great to be racing again, pain free, and filled me with high hopes for 2014!